So while you might see a koala or kangaroo down under, you’re unlikely to spot a furry little squirrel.

Why Are There No Squirrels In Australia?

Believe it or not, there are no squirrels in Australia! There are a number of theories as to why this is the case, but the most likely explanation is that the squirrels simply never made it to Australia. Squirrels are native to the Northern Hemisphere, and when humans began colonizing Australia, they did not bring any squirrels with them.

Only two species of squirrels were introduced in the 20th century, but both of them have gone extinct. As a result, there are no squirrels in Australia.

While this may seem like bad news for Australian wildlife enthusiasts, it’s actually good news for the country’s forests. Without squirrels, trees can grow and regenerate much faster because there are no squirrels to rely on their nuts and seeds.

Are There Grey Squirrels In Australia?

Well, it all started in the 19th century when a pair of grey squirrels were brought over from the United States as part of a publicity stunt for a new zoo in Melbourne. After which, there are also some more pairs released in the wild but for some reason, it failed to live and since then grey squirrels have gone extinct in Australia.

Are There Red Squirrels In Australia?

Is There Any Squirrel In The Zoo In Australia?

While squirrels are one of the most popular animals in the world. They’re small, cute, and relatively easy to care for. However, there are no squirrels in Australia. So why don’t Australia introduce them again?

The main reason is that squirrels are known as environmental pests, so it is also illegal to import them due to the threat to the environment.

Australia is home to a large number of native animals that are already struggling to survive. If Australia introduced squirrels, they would compete with these native animals for food and habitat.

This could lead to the decline or even extinction of some native species. Also, squirrels can carry diseases that could potentially trasmit humans or other animals. For these reasons, Australia has decided not to reintroduce squirrels.

Can I Bring A Squirrel From Another Country?

If you’re considering bringing a squirrel into Australia from another country, there are a few things you need to know.

First and foremost, it is illegal to import live animals into Australia without the proper permits. This means that you would need to obtain a permit from the Australian Department of Agriculture and Water Resources before attempting to bring a squirrel into the country. Even if you were able to obtain a permit, however, there’s no guarantee that your squirrel would be allowed to stay in Australia.

The Australian government has strict quarantine regulations in place to prevent the spread of disease and other pests. As a result, any animals that are brought into the country must undergo a rigorous quarantine process. This process is expensive and time-consuming, and there’s no guarantee that your squirrel would be allowed to stay in Australia at the end of it.

It’s worth noting that Australia is home to a number of native species of squirrels. These Squirrels are well-adapted to the Australian environment and are not considered pests. As a result, it’s unlikely that you would be able to find a place for your foreign squirrel to live in Australia. For these reasons, it’s best to leave the squirrels in their natural habitat and enjoy them from a far.

What Is The Closest Animal To Squirrels In Australia?

The closest animals to squirrels in Australia are sugar gliders. They are small marsupials that are found in the forests of eastern Australia. Sugar gliders have furry coats, long tails, and large eyes. They are also able to glide through the air using the skin between their front and back legs. Sugar gliders eat mainly insects, but they also eat nectar, fruit, and leaves. Although they are not as well known as some of the other animals in Australia, sugar gliders are interesting and unique creatures.

Are There Any Rodents in Australia?

Many people are surprised to learn that there are actually several species of rodents living in Australia. These include the introduced house mouse, as well as the native Brisbane river rat and the albino Nullarbor Dunnart. While they are not as populous as their cousins in other parts of the world, these rodents can still be a nuisance to homeowners and farmers alike. In addition to damaging crops and property, they can also spread disease. 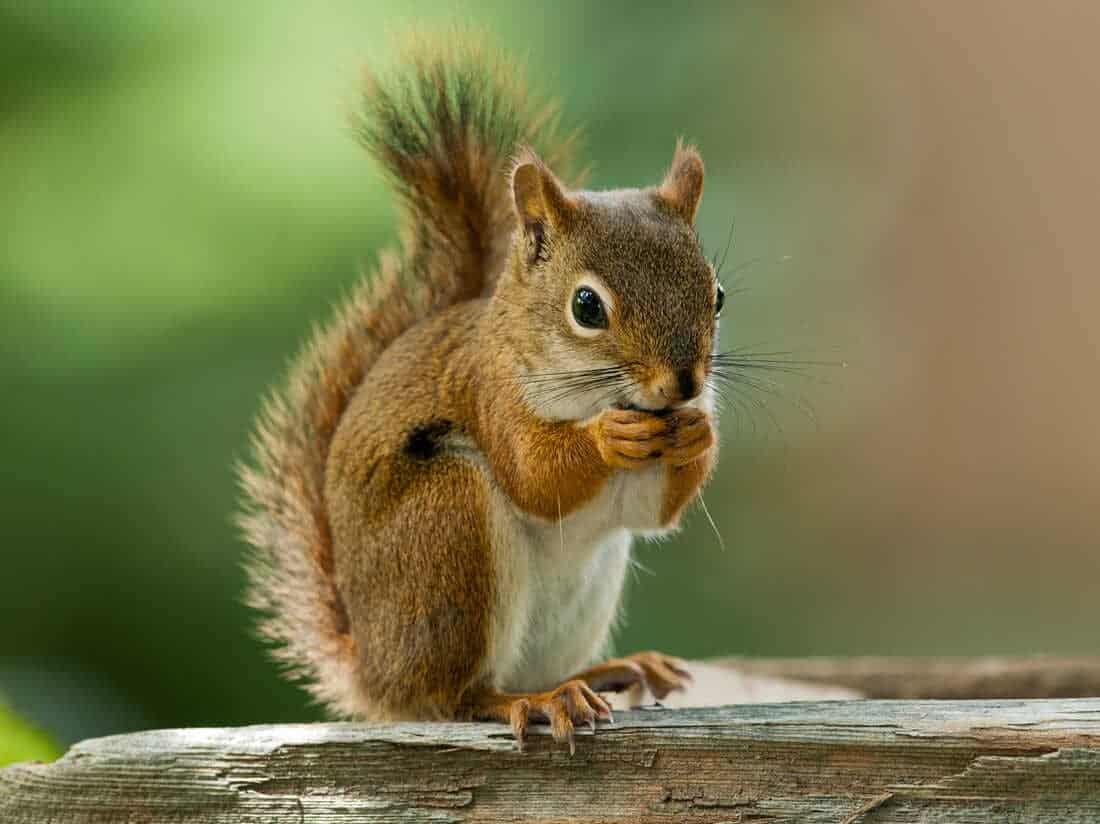 Where Else Isn’t Squirrels & Why?

You might be surprised to learn that there are actually a number of countries without squirrels. These include Australia, New Zealand, Antarctica, and many Caribbean islands. The reason for this is that squirrels are not native to these areas – they were introduced by humans at some point in history. However, they have since been unable to establish themselves in these countries due to a lack of suitable habitat or predators. As a result, if you’re looking for a place to see squirrels, you’ll need to head to North America, Europe, Asia, or Africa.

Australia is the hub of many indigenous rodents. All the rodents are basically from the largest family of rodents called Muridae. 700 types of species from this rodent family are found in Africa, Europe, Australia, and Asia. The Water-rat is the largest rodent and is also one of the two amphibious mammals in Australia.

In fact, rodents are one of the most common pests in Australia. If you have a rodent problem in your home or business, don’t hesitate to contact a pest control professional to take care of it.

Can I Buy A Squirrel in Australia?

If you’re looking to add a furry friend to your family and have your heart set on a squirrel, you might be wondering if it’s possible to buy one in Australia. The answer is no.

Although it may be tempting to purchase a cute and furry squirrel, it is actually illegal to do so in Australia. These animals are protected under the Wildlife Conservation Act, and it is against the law to trade or keep them as pets.

Furthermore, squirrels are not well-suited to life in captivity, and they can become stressed and aggressive when removed from their natural habitat.

However, you can check a few things for confirmation if things get updated.

First of all, it’s important to check with your local wildlife laws to make sure that owning a squirrel is legal in your area.

Once you’ve done that, the next step is to find a reputable breeder. This can be tricky, as there are many unscrupulous breeders out there who sell sick or poorly-cared-for animals. Finally, be prepared to pay a hefty price for your new pet. As squirrel is very rare in Australia, its probably expensive.

With all that said, if you’re willing to put in the time and effort, owning a squirrel can be a uniquely rewarding experience. 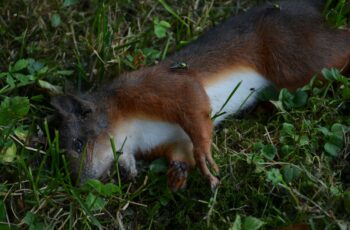 If you’ve ever found a dead squirrel in your yard, … 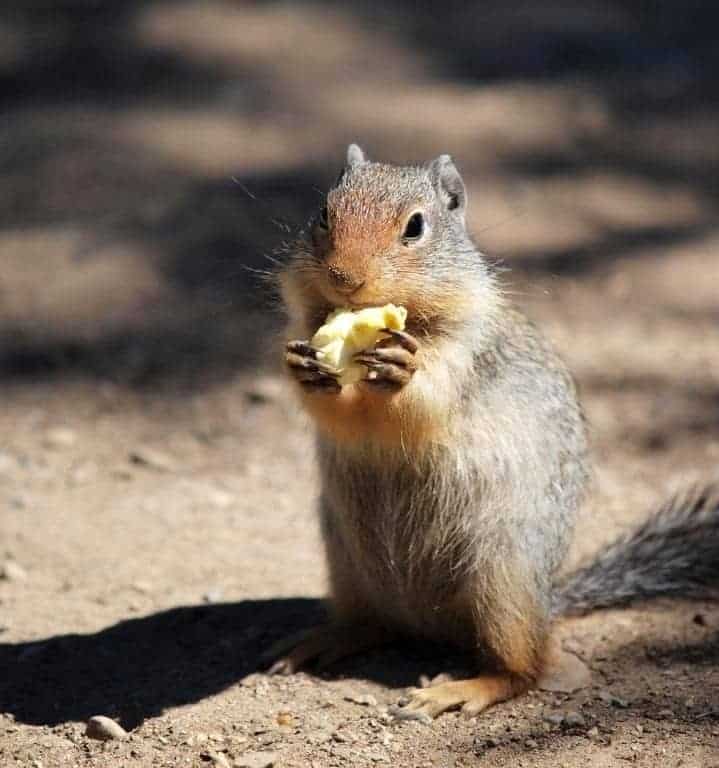 Everyone loves snacks including squirrels. With many different snacks and …