Do you ever wonder how much squirrels weigh, or what they eat?

Many people have asked themselves these questions, and today we provide the answers.

Depending on the species, sex, and age of a squirrel, its weight range will differ.

In this blog post, we take an in-depth look at these weight differences as well as frequently asked questions about squirrel diets.

Ground squirrels are generally heavier than tree squirrels, ranging in weight from a few ounces to almost 10 pounds.

The heaviest ground squirrel ever recorded was a 9.8-pounder found in North America.

Tree squirrels, on the other hand, typically weigh between 6 and 8 ounces.

How Much Is The Weight Of Different Squirrel Species?

You probably enjoy watching squirrels play in the backyard or rummage through the leaves for food.

What you may not know is how much different squirrel species weigh.

Here is the weight of 10 different squirrel species:

The Western Gray Squirrel is a tree squirrel prevalent in the western United States and some areas of Mexico.

The eastern gray squirrel is a tree squirrel found in the eastern United States and parts of Canada.

3. Grey Squirrel in the UK

The grey squirrel is a foreign species of squirrel brought over to the United Kingdom from North America in the late 1800s. It has ashy fur and typically weighs between 16 to 23 ounces (450 to 650 grams).

The American red squirrel is a small tree squirrel with reddish-brown fur, found in North America. It typically weighs 7 to 9 ounces (200 to 250 grams). 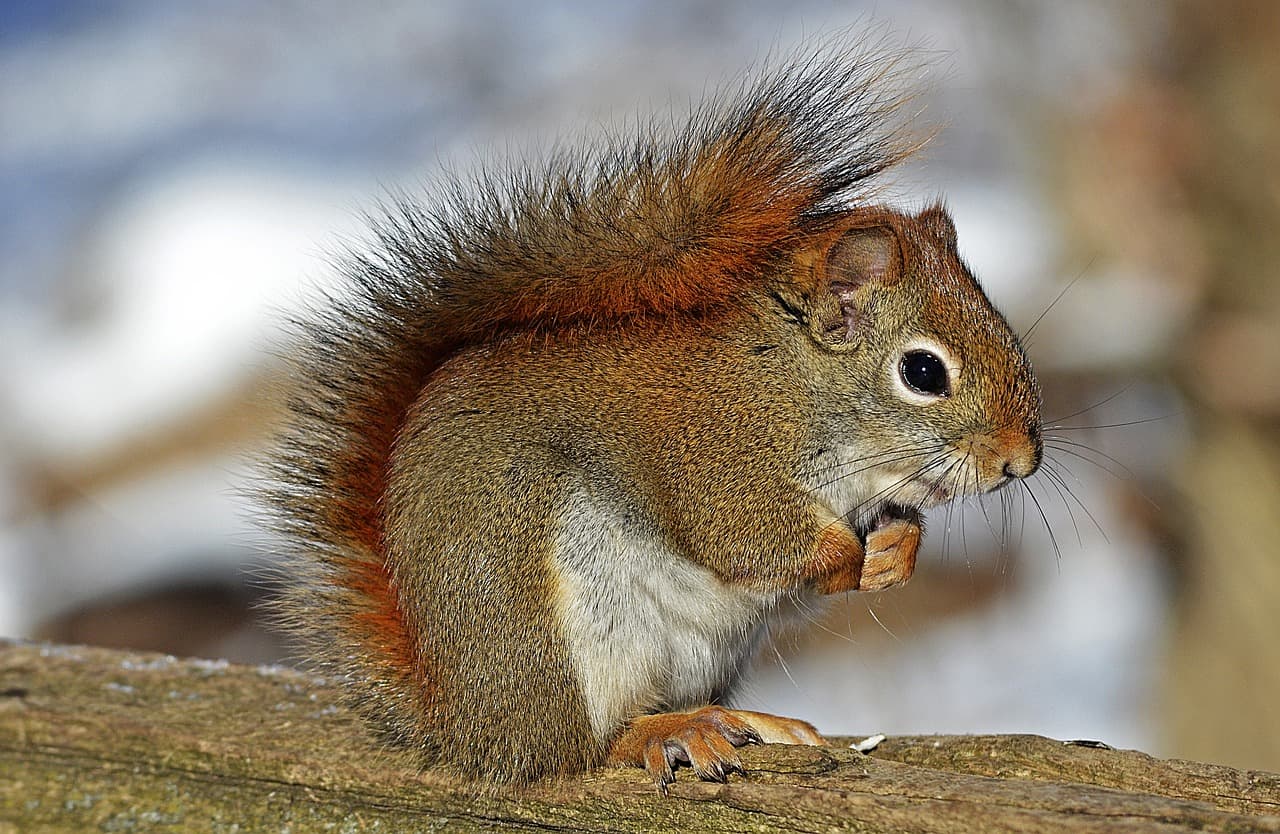 The red squirrel is species of tree squirrel that is native in Europe and Asia.

The red squirrel is a small squirrel that has reddish-brown fur and typically weighs between 9 to 12 ounces (250 to 340 grams).

The eastern fox squirrel is the largest species of tree squirrel that can be found in the eastern United States. It is also called the silver-grey squirrel.

It is reddish-brown in color and typically weighs 6 pounds (2.7 kilograms).

The black giant squirrel is one of the largest species in the world. It is a tree squirrel that is found in forests in Southeast Asia.

Although there may be slight variations in weight between individual squirrels of different genders, on average there is no significant difference between male and female squirrels according to recent research.

One might think that because males are typically larger than females in most mammal species, however, it is not the case for squirrels.

The only exception is when a female squirrel is pregnant, it may be just an ounce or two heavier.

So next time you see a squirrel, remember that there’s no need to guess its gender based on its size.

How Much Is A Newborn Baby Squirrel Weigh?

A newborn baby squirrel only weighs between 0.5 ounces and 1 ounce, which is roughly equivalent to 14-16 grams.

This tiny size makes them very vulnerable to predators and the elements, which is why they spend the first few weeks of their life hidden away in a nest with their mother.

After about 12 weeks, they are big enough to start exploring the world on their own.

At this point, they will begin to learn how to find food and build a shelter, skills that they will need to survive in the wild.

How much is a Young squirrel Weigh When Leaving The Nest?

At seven weeks old, young squirrels begin to venture out of their nests and explore the world around them.

They grow rapidly in these early weeks, doubling their birth weight within a month.

By the time they leave their nests, squirrels typically weigh between 6 and 8 ounces (170-230 grams).

While born blind and deaf, baby squirrels become independent after six weeks when their eyes and ears open.

Once they reach adulthood, squirrels usually weigh 1-1.5 pounds on average.

How Much Does The Biggest Squirrel Weigh? 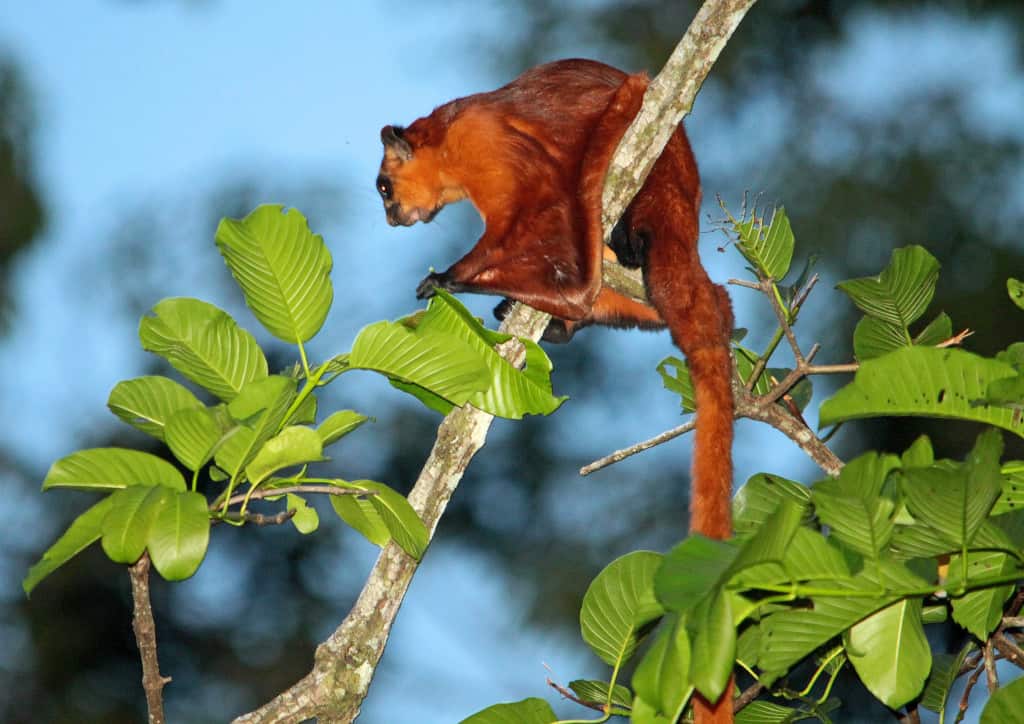 The red and white flying squirrel is the largest squirrel in the world, with some individuals tipping the scales at 9.5 pounds.

That’s almost twice the size of a house cat!

These massive squirrels are found in the forests of China and Taiwan, where they feast on a diet of fruits, nuts, and insects.

While they are expert tree climbers, they are also adept at gliding through the air, using their large furry tails as parachutes.

How Much Food Can A Squirrel Consume?

Squirrels are voracious eaters and eat a lot of food, especially in the winter.

On average, a squirrel eats 1.5 pounds of food per week during the winter months.

This includes not only nuts and seeds but also buds, fruits, and vegetables.

In addition to their regular diet, squirrels occasionally eat insects and small vertebrates.

Diets vary according to season and food availability, but squirrels can generally meet their nutritional needs with available resources.

As a result, this allows them to live in a wide variety of habitats, making them one of the most successful species of rodents.

In conclusion, squirrels generally weigh between 1 and 1.5 pounds, with males and females typically being the same size.

Newborn baby squirrels are particularly tiny but grow quickly; they’re able to leave the nest after just a few weeks.

The biggest squirrel in the world is the red-and-white flying squirrel, which can weigh up to nearly ten pounds!

Squirrels have hearty appetites too: They consume a significant amount of food – especially during winter months.

All this considered, it’s no wonder that squirrels are one of the most successful rodent species in the world! 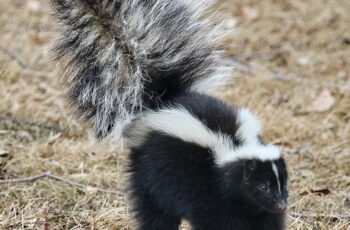 When we hear about skunks, most people think of the …