Like every rodent, squirrels use vocal calls to communicate with each other. But that’s not the only they talk. Not only sound but squirrels also use their activity to speak with each other. One of the activities is squirrel flicking their tails. The Wild animal experts have thoroughly reviewed squirrels tails’ behavior to break what flicking their tails means. Let’s take a deep dive to understand the meaning of tail flicking and how squirrels have evolved through the centuries keeping their non-language signal alive and active.

Just like making sound, squirrels flick their tails to inform other squirrels about predators, communicate with other squirrels, keep their balance when running or jumping, claiming territory and food like mushrooms, protect their family from intruders, regulate their temperature, signal their mate, swim, scratch itself and describe its emotions.

Informing Other Squirrels About Predators

Predators for squirrels such as foxes, coyotes, raccoons eat squirrels, owls, bobcats and even crows that eat squirrels could approach them suddenly. Some of them use special hiding techniques to ambush the squirrels. A quick and sharp tail flick is enough for the squirrel to inform others about the danger and put itself in a defensive preparation.

There are chances squirrels also have various tail flicks to deal with different kinds of predators like humans. Ground and air predators need a different defensive approach, and the way they flick their tail could be a threatening message for the predators when they believe everything is fine.

To Look Bigger and Scarier

For predators that have heat sensing, they can actually heat up this tail a little bit and wave it around to make them look bigger and scarier.

Communication With Other Squirrels

When a squirrel meets another, one could flick its tail to communicate with it. Flicking the tails is the exact analog of shaking hands for humans. When squirrels are excited to see each other, they use their flicking tail to greet each other and create an ambiance of trust and love. That’s more often seen between mothers and children squirrels which flick their tails for greeting.

Keeping Their Balance When Jumping

Squirrels’ tails are more useful to help them keep their balance when jumping from one tree branch to another. These flicking tails make their spinal cord take the optimal position and allow them to land safely no matter how high they are elevated.

That’s why squirrels have flexible tails; they can flick in any given direction. Their body knows the secrets of being balanced when jumping or running, and they move their tails to the right side to keep their body in the right direction all the time.

Another reason why squirrels flick their tails is when they want to gather food and warn other squirrels to get away from their property. As squirrels are omnivorse, they eat a variety of food such as nuts, berries, pine cones and even chocolate. But that doesn’t mean squirrels should. In fact, its fatal for squirrels, similar to popcorn.

Every squirrel tries to gather nuts and berries through the summer and bring it to its nest. If another squirrel is questioning dominance, a tail-flick gives the signal for a fight. If you manage to observe a squirrel’s behavior for a long time, you can understand that they are very dominant in terms of food and territory. That’s why they use the tail flicking as an initial sign to warn others that they are trespassing and that they are willing to protect what they believe is theirs.

Protect Their Family From Intruders

Like any other animal, squirrels have many natural predators that belong to the ground or airborne animals. Since these intruders communicate with body language, squirrels threaten them by flicking their tails.

A squirrel flicks its tail rapidly when it comes across a potential intruder that is a real threat to its nest and its family members especially mother squirrels that often flicks their tail for protecting their babies. The tail flicking is faster when they need to warn younger squirrels to return to the nest and send a message to the intruder to abandon its causes and flee.

A flicking tail means that the squirrel is ready to fight and has already taken an offensive position, and is about to attack with its nails and teeth. As a result, watching an attacking squirrel will always include a flicking tail.

Tails are robust parts of the squirrels’ anatomy, and they have several vertebrae bones in there with many ligaments and a lot of vessels. That makes them regulate their temperature when they are hot but when they feel cold in their nest. 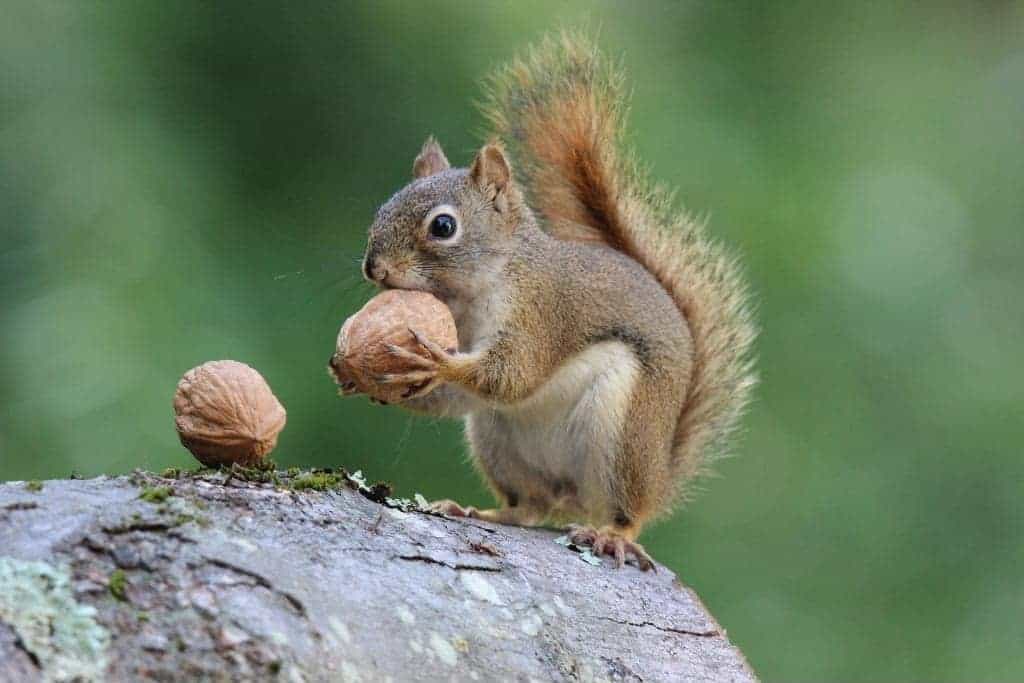 Give A Sexual Signal To Their Mate

The tail flicking is softer and more elegant. It’s like squirrels attempt to dance with each other, which makes tail flicking the best non-verbal communication between them.

Squirrels like to swim when they cross rivers and other small water reservoirs. They are competent swimmers and use their flicking tails to propel their way to the other shore. Squirrels flick their tails to retain their balance in the water and stay on the surface.

Their hands and legs movement helps them swim faster, but their flicking tail serves as the steering wheel to let them turn around or find the right direction when they are in the water.

It’s natural for a squirrel to show its emotional status simply by flicking its tail. Some squirrels show love and affection to their female mates or other family members when they slowly wag their tails towards their direction. It’s not a sexual call signal rather than an attempt to come closer to the other squirrels and feel complete.

Sometimes squirrels could also flick their tails to show emotions of sadness and distress. Such activities are frequent in squirrels which can easily communicate with each other and have a significant level of emotions that need to be shown with the flick of their tails.

Sometimes bugs and ticks could bite squirrels too. A tail flick helps them scratch any itchy points of their body and find relief. When you see a lonely squirrel flicking its tail without a proper cause, it has to be due to the itching issues it faces. 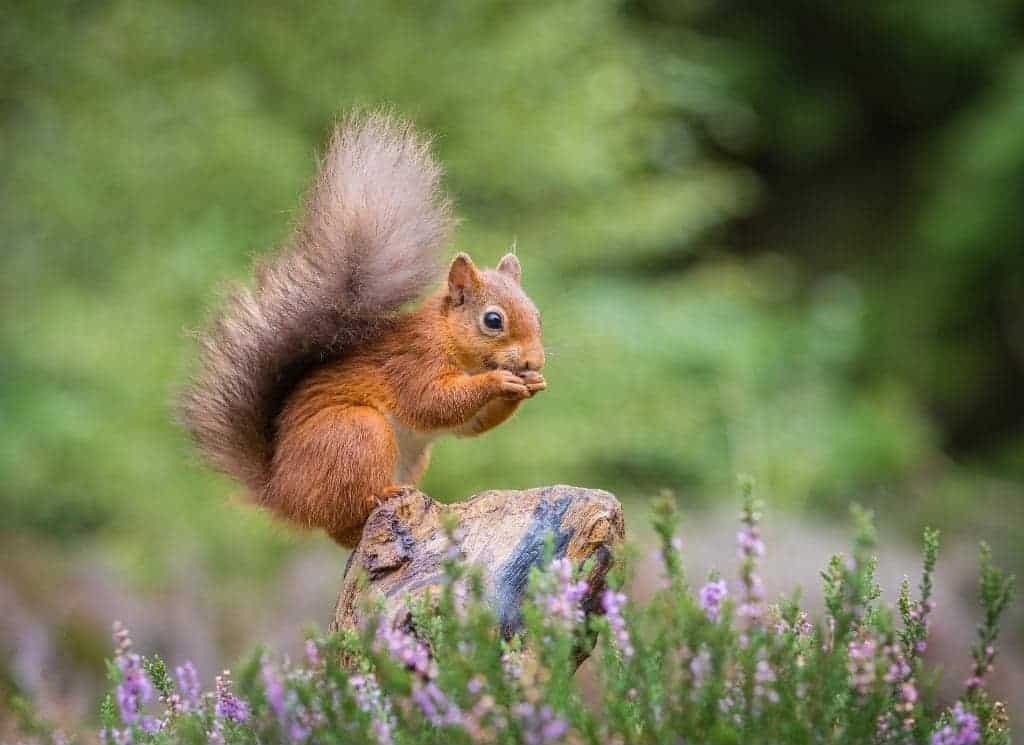 What Do Squirrels Mean When They Flick Their Tail To Humans?

Such behavior from the squirrels’ part means that they are frustrated enough to flick their tails and they want to warn humans that they are meant to attack to protect their territory, family, or food reserves.

It’s a reaction that would have as a goal to stomp or intimidate anyone who wishes to annoy them with tricks or even deliberately destroy their nests where they find peace and happiness during the winter.

Why Do Squirrels Flick Their Tails Around?

Flicking their tail around could mean various things for squirrels. First, they use that kind of activity to warn other fellow squirrels who are around them of a danger that is coming. That kind of danger could be human presence, or even weather conditions and predators who are hiding behind trees and bushes. 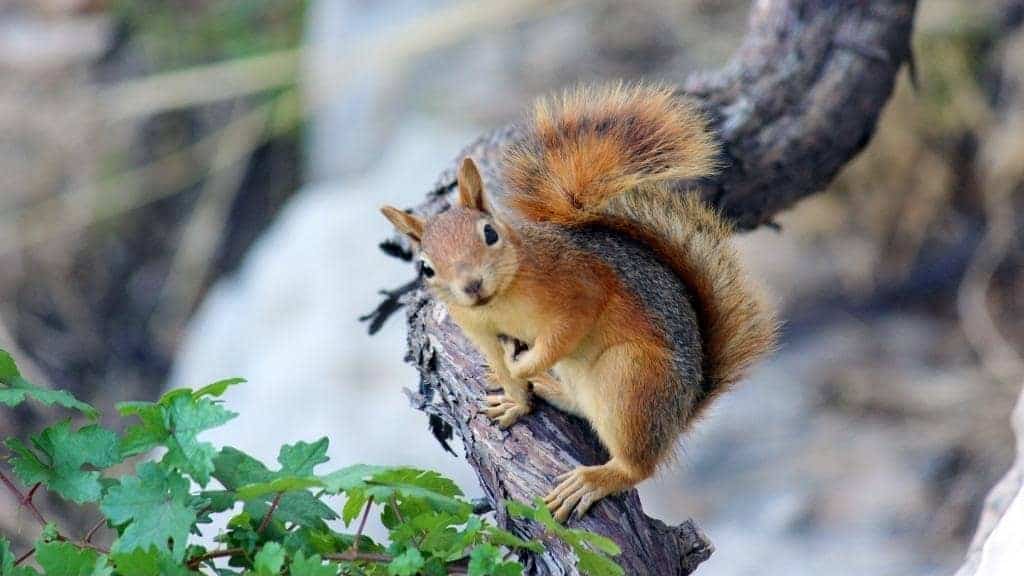 Why Do Squirrels Wrap Their Tails Around You?

The most evident reason your squirrel wraps its tail around you would be to show you love and affection. It’s the most intimate moment for your squirrel which may need to spend the night in your bed. Squirrels have a special movement to wrap their tails against other objects or human limbs like legs and arms. Being close to a cat that shows such a behavior lets you conclude that she wants to be close with you and let you pet it the way you like.

Do Squirrels Wag their Tails When Sleeping?

Although squirrels sleep in their nest and cannot be seen much when sleeping, but on rare occasions you can observe a squirrel wag its tail when sleeping. That could be either an autonomous nervous system movement without any clear background that happens to relax the muscles of the area from the intense stretching.

Others believe that squirrels may also dream and that makes them wag their tails when they watch a dream they would love to participate in and live it as if it was true.

Do Squirrels Wag Their Tails When Hunting?

Indeed squirrels could wag their tails when hunting. Such movement offers them a better balance as analyzed before and increases the fear of their opponents when they see them. It’s more probable to see a squirrel wag its tail during a hunting session for food than on any other occasion. 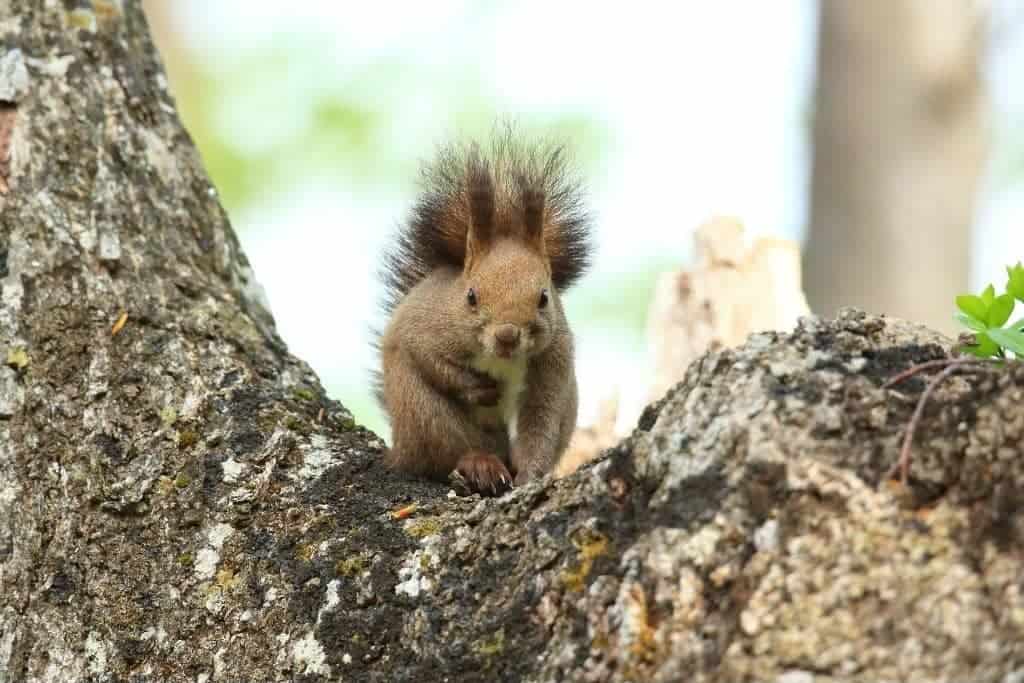 Do Squirrels Wag Their Tail When Idle?

It’s possible that squirrels could wag their tail when being idle or sitting for an indefinite amount of time. That tail flicking could either mean they are ready to protect their food reserves and territory from intruders. However, when other fellow female squirrels are there it may send them a signal like asking “ Do you want us to dance” which will eventually bring them closer and lead to a sexual intercourse and reproduction. 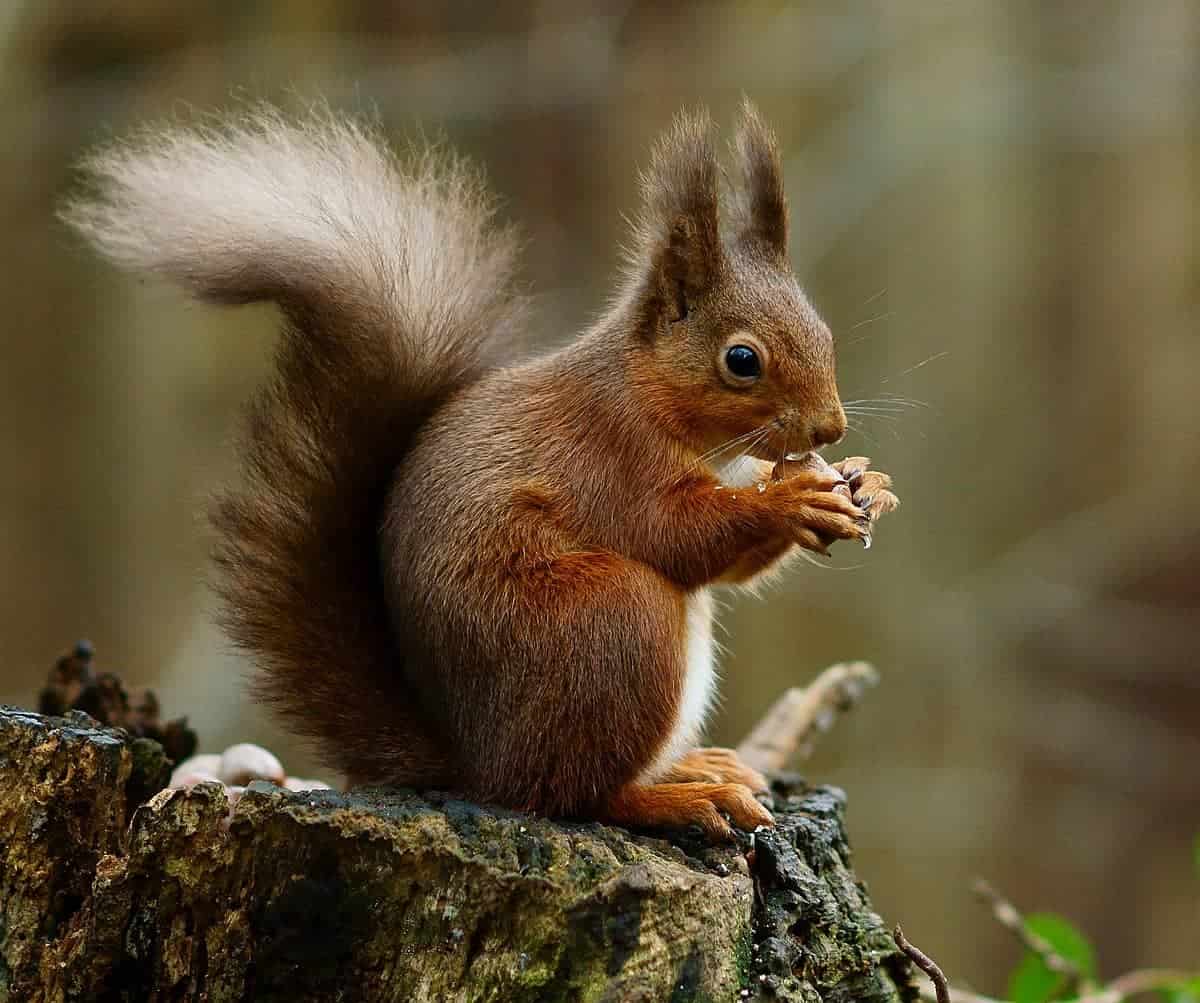 When we talk about squirrels, people imagine adorable furry rodents … 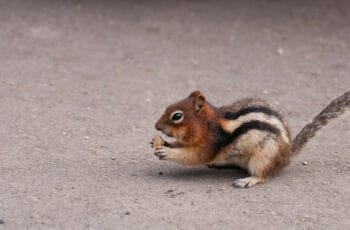 Chipmunks are small rodents that inhabit many parts of the …