Do you often ask yourself what animals are up to at night? More specifically, what do squirrels do at night?

This blog post seeks to answer that very question.

Are squirrels nocturnal creatures? Where Do they go at night? How early in the morning do these little critters start their day?

It depends on the species of squirrel. Tree and ground squirrels are diurnal while flying squirrels are nocturnal. So, you can see squirrels both day and night.

Are All Squirrels Diurnal?

So, why are most squirrels diurnal? Let’s look at a few of the reasons why the great majority of squirrels are diurnal creatures.

First, they’re prey animals, so being active during the day when these larger predators are sleeping is better for them.

Furthermore, ground squirrels are social beings who live in colonies and rely on one another for support, protection, and food.

That is, they must be active during the day in order to interact with their colony mates.

While they do store food for later consumption, they also need to consume fresh food on a daily basis to stay healthy and energetic.

They spend a lot of time looking for nuts, seeds, fruits, and leaves to eat since they are mostly herbivores.

So there you have it: three compelling reasons why most squirrels are not nocturnal animals.

Remember most squirrels are diurnal. When you see a squirrel running around during the day, it’s simply attempting to avoid predators, socialize with its colony members, and discover some delicious food.

The typical squirrel is diurnal, meaning it’s more active during the day. You can observe these tree and ground squirrels running in wooded areas or in your backyard in broad daylight.

However, there are certain types of exceptions to this rule. For instance, flying squirrels are nocturnal animals that bed down at nightfall.

So, whether a given squirrel is diurnal or nocturnal varies depending on its type.

Tree squirrels, a type of rodent, are usually found in wooded areas.

There are many species of tree squirrel, for example, the red squirrel, the gray squirrel, and the fox Squirrel.

Tree Squirrels are diurnal animals which means they’re lively during the daytime.

Tree squirrels mostly build their homes in trees and spend the majority of their time looking for food.

Their diet mainly consists of various items like nuts, seeds fruits, and insects. Also, they bury food to save it for later consumption.

Although tree squirrels are not commonly seen as pests, if left uncontrolled, they can damage crops and property.

To prevent extensive crop and tree damage, hunting tree squirrels are regulated in many parts of the world.

The ground squirrel is a mammal that is diurnal, meaning it sleeps at night and wakes up during the day.

Ground squirrels exist all over the world in different forms, such as the American groundhog, marmot, or prairie dog.

They like to live in burrows underground for cover from predators or bad weather conditions.

Most ground squirrels are generally herbivores who eat plants and nuts as their main sustenance; however, some species will also feast on insects or small animals occasionally.

Ground squirrels are important members of their ecosystems since they aid in the dispersion of seeds and the control of pests.

Ground squirrels are occasionally regarded as nuisances in certain locations, as they can damage crops and spread infections. As a result, humans frequently hunt or capture ground squirrels.

Despite their name, they can’t actually fly but they can glide long distances through the air, using a flap of skin between their front and back legs as well as their tail to steer themselves.

Did you know that flying squirrels are nocturnal animals that prefer wooded regions with a lot of trees?

They will actually build nests inside hollowed-out trees on rare occasions! Although they can be difficult to find, flying squirrels can be found all over the world.

Where Do Squirrels Go At Night? 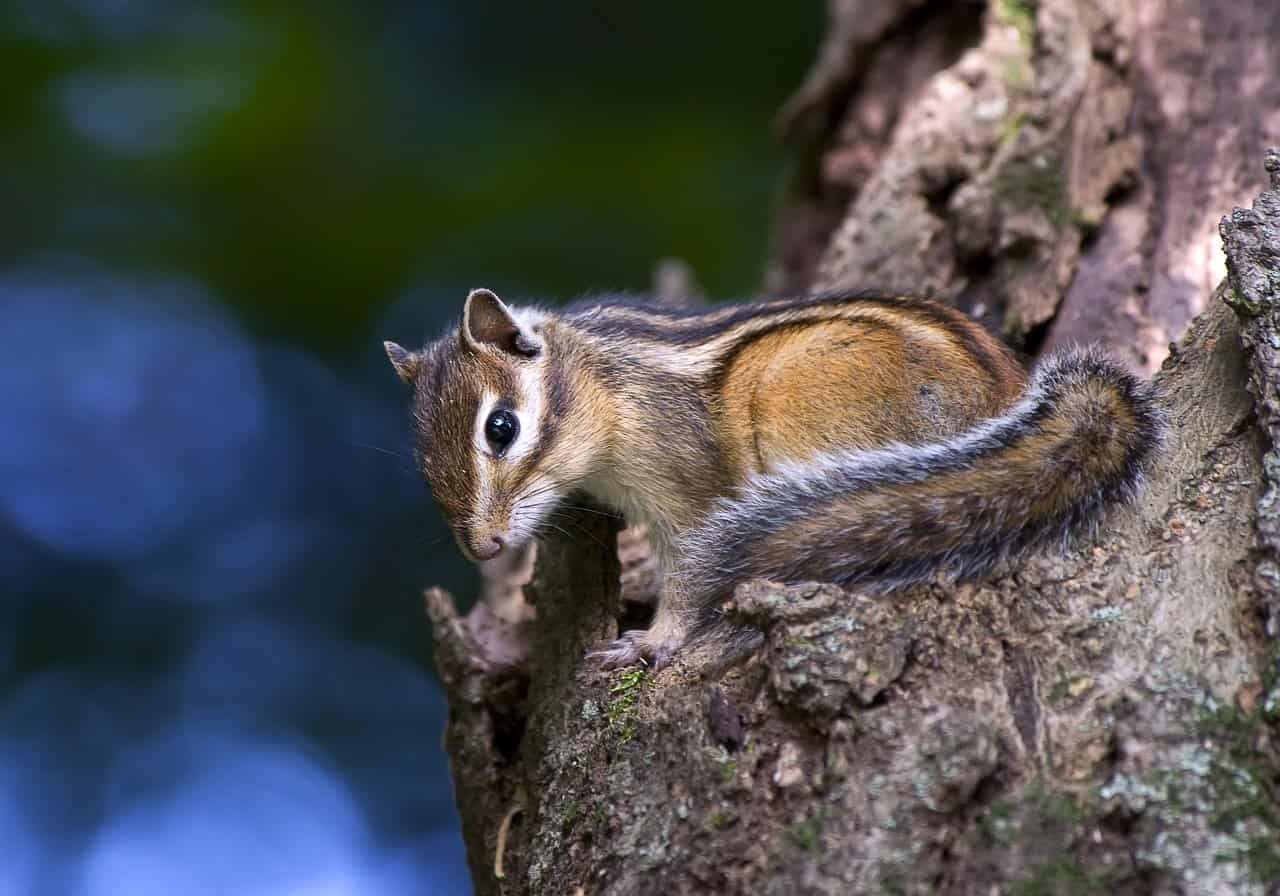 If you’ve ever walked in the park and seen squirrels chasing each other up trees or gathering nuts, you may have wondered what they do at night.

Contrary to popular belief, these creatures don’t just go to sleep when the sun goes down.

Tree squirrels and ground squirrels are most active during daylight hours, but they typically spend the first few hours of the evening foraging for food.

If squirrels are alarmed or feel threatened, they may choose to stay up high in a tree overnight.

In general, there is no one answer for where squirrels go at night.

Instead, these animals are flexible and alter their evening routines depending on the circumstances.

What Time of Day Do Squirrels Feed?

Most squirrels are strictly diurnal, coming out only during the day and preferring to sleep at night.

Some, like gray squirrels, are more crepuscular, active mostly around dawn and dusk. These squirrels may be attracted by light sources such as streetlights or porch lights and venture out at night in search of food.

Flying squirrels are nocturnal and choose to spend their time awake at night searching for food.

The answer to this question is squirrel-specific. Some will come out at night for food, while others might not.

Do Squirrels Come Out At Night For Food?

Squirrels eat in the morning and later in the afternoon. They stay in the nest and sleep well at night.

It is because their predators that may hunt in the dark including owls and domestic cats are nocturnal.

Unless there is a massive food source accessible only at night with artificial light nearby, these squirrels may come out as they are opportunistic feeders.

Most of the time, these squirrels will not risk their lives to forage at night.

How Early Do Squirrels Get Up?

Have you ever been up early in the morning and seen a squirrel darting around?

Most people believe that they are only active at sunrise and sunset, but research has shown us that they will also come out to play in the middle of the day if there is food available and it’s not too hot outside.

So, if you’re hoping to catch a glimpse of one of these furry little creatures, your best bet is to head out early in the morning or right before bedtime.

Squirrels, on the other hand, are creatures of habit.

If you see one out during the day, there’s a good chance it will return at the same time tomorrow. So next time you go for a sunrise walk or an evening stroll, keep your eyes open for these furry creatures.

You’ll almost certainly encounter at least one squirrel-tailed companion on your journey.

What Do Flying Squirrels Do at Night?

Most animals sleep when night falls, but not flying squirrels.

These nocturnal creatures are just getting started.

So what do they do with all that extra time?

Flying Squirrels are relatively active at night and forage for food while interacting with other members of their colony.

And, of course, spending a lot of time flying! They’re able to glide long distances thanks to the flap of skin between their legs acting as a parachute.

Through gliding, they not only avoid predators but can also find new trees to nest in.

So, the next time you’re up late at night and spot something flying through the darkness, it may just be one of these incredible animals.

Are squirrels nocturnal? Some squirrels are nocturnal while others aren’t. It all depends on the species of squirrel.

The majority of squirrels, like tree squirrels and ground squirrels, are diurnal and active during daylight hours.

However, flying squirrels are mostly awake and active at night.

So, it really just comes down to which type of squirrels.

Geese are often seen waddling around playgrounds and parks, looking … 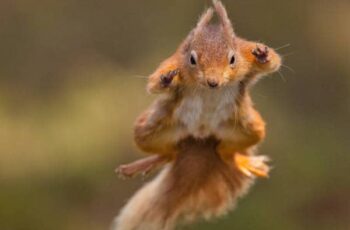 It’s a well-known fact that squirrels are excellent climbers. They …