Chickens will eat small snakes but they have never bothered larger ones. It’s all a matter of size. Snakes can be an easy meal for them, especially if the snake is young and inexperienced.

How Big Snake Can Chickens Eat?

Chickens are known to eat just about anything they get their beaks on like bugs, lizards, and even the occasional small snake. In particular, chickens can eat up to 7 inches of large snakes.

While this might seem easy , there is always the potential of tremendous danger depending on the size of the snake. Snakes, in particular, can pose a serious threat to chickens.

The size of the snake will play a role in how much damage it can do. A small garter snake, for example, is not likely to cause many injuries beyond a few scratches. However, a large constrictor snake could easily kill a chicken by crushing it.

For this reason, it is generally not advised to allow chickens to interact with snakes, regardless of size.

Why Do Chickens Eat Snakes?

While it may seem strange, there are actually a few reasons why chickens might eat snakes.

Which Snakes Can Chickens Eat?

When it comes to snakes, small snakes are generally safe for chickens to eat. However, most snakes in the city are black snakes or racers and garter snakes which are small and without venom. Despite that there are a few things to keep in mind.

First of all, live snakes can be dangerous, and even small ones can give a chicken a nasty bite. Secondly, check to see if the snake has been exposed to any toxins or chemicals that could be harmful to your chicken.

Lastly, make sure the snake isn’t filled with venom which can easily kill the chickens. If everything looks good, go ahead and let your chicken enjoy its slippery snack. Just be sure to supervise, as chickens can sometimes overeat and become sick if they consume too much snake.

Yes, chickens often view baby snakes as nothing more than a tasty snack. While there are some risks associated with eating snakes, such as the possibility of contracting Salmonella, these risks can be easily mitigated by ensuring that the snake is small enough and chickens have access to clean water and are kept in a clean coop.

Chickens will typically eat small snakes whole with the head, bones, and organs. Unfortunately, it can stuck in their throat or sour crop and may kill chickens.

While some people may think that this is cruel, it is actually a natural part of the chicken’s diet. Baby snakes are a good source of protein for chickens, and they can help to keep the chicken’s coop clean of vermin. Eating baby snakes can also help to deter predators from attacking the chicken coop. While chickens will occasionally eat small snakes, it is only limited to small snakes. Although they can eat adult snake meat or dead snake, they cannot eat live adult snakes in any way. While snakes are carnivores, they can easily crush a chicken. Snakes are dangerous, and even non-poisonous snakes can end up killing a chicken. However, chickens are good at fighting with snakes but not kill them.

The chickens will not only eat the baby snakes, but they will also help to keep the population in check by eating the eggs. Of course, there are some risks associated with letting chickens loose on a snake den. Chickens can be easily injured by snakes, and they may also inadvertently help to spread the snake population if they are not carefully monitored.

Should You Feed Snakes To Chickens?

Most people would never think to feed snakes to chickens, but some people believe that it can help to keep the chicken coop free of vermin. However, there are several reasons why this is not a good idea.

First, snakes can carry venom that can be passed on to chickens that can potentially kill chickens.

Second, snakes may transmit disease to chickens which can cause illness.

Next, snakes are able to escape from the coop and enter the chicken run, where they could attack and kill the chickens.

Finally, chickens are not equipped to digest snakes, and they could end up getting sick if they eat them.

For all of these reasons, it is best to avoid feeding snakes to chickens neither live nor dead snakes. Instead, it’s better to feed chickens insects or other small animals. What To Do If You Find A Chicken Eating Snake?

If you find a chicken-eating snake, the best thing to do is to remove the snake from the chicken coop and dispose of it.

Chickens are naturally curious creatures, and they may become intrigued by a snake if they see one in their environment. However, snakes can pose a serious threat to chickens, as they can transmit diseases and even kill them.

If you see a snake in the chicken coop, it is important to remove it immediately. You can either catch the snake yourself or call animal control to have it removed.

Should You Let A Chicken Eat Snake?

While it may seem like letting a chicken eat a snake will provide chickens a great food. No matter live or dead, snakes can be really dangerous and fatal in some cases to chickens.

Snakes can be dangerous predators, and they certainly don’t make good meals for chickens. Chickens are small, delicate creatures, and their digestive systems are not equipped to deal with the toxins found in snakes. In fact, eating a snake can actually be fatal for a chicken. If you see your chicken eating a snake, it’s best to intervene and remove the snake from its mouth. Otherwise, you could end up with a dead chicken on your hands.

What To Do If You Have A Snake Problem?

If you have a snake problem, the best thing to do is call a professional. Snake removal can be dangerous, and it’s best to leave it to the experts. In the meantime, there are a few things you can do to discourage snakes from taking up residence on your property.

First, make sure that there is no food source for them. Snakes will eat mice and other small rodents, so if you have a problem with these pests, it’s likely that snakes will be attracted to your property as well.

Keep your lawn trimmed and free of debris, and seal any cracks or holes in your foundation. You should also remove any water sources, such as ponds or bird baths. If snakes are already on your property, the best thing to do is to leave them alone and let them find their own way out. How To Protect Chicken Coops Against Snakes?

No matter small or big, snakes can be dangerous and even fatal to chickens. These reptiles can enter chicken coops through small openings and quickly kill several birds. In addition to being deadly, snakes can also introduce diseases into a flock. As a result, it is important for chicken owners to take steps to protect their coops from these creatures.

Chicken coops provide a warm, dry place for chickens to lay their eggs and sleep at night. But chicken coops can also be attractive to snakes, which may try to enter the coop in search of food or shelter. To protect your chickens from snakes, it’s important to keep the coop clean and free of debris.

One way to deter snakes is to keep the coop clean and free of food scraps. Snakes are attracted to places where they can find an easy meal, so a tidy coop will be less appealing to them.

It is important to seal any cracks or holes in the coop that could provide an entry point for snakes.

Finally, chicken owners can also discourage snakes by using snake repellents around the perimeter of the coop. These products emit a foul smell that snakes find unpleasant, and they will typically avoid areas where they are present.

You should also cover any openings with chicken wire, which will help to keep snakes out.

By taking these simple precautions, chicken owners can help keep their flocks safe from these dangerous predators. 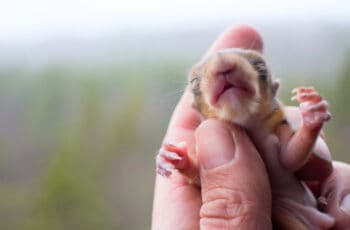 To hand-raise a baby squirrel is not only a rewarding … 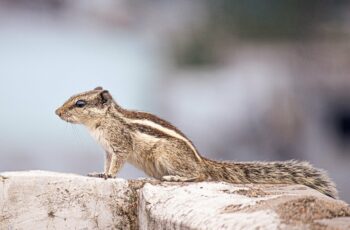 If you’ve ever seen squirrels running around your garden, you …