If you’ve ever found a dead squirrel in your yard, you might be wondering what to do.

In this blog article, we’ll go over the most common reasons for squirrel deaths in gardens as well as what can be done with their corpses.

Why Do Squirrels Die In My Yard? 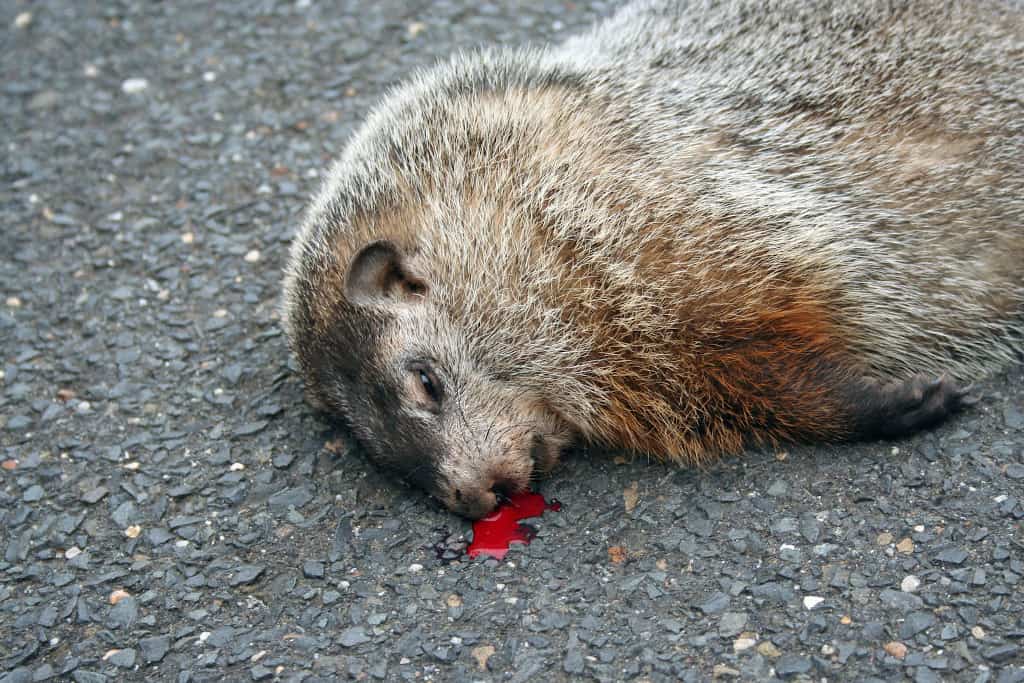 There are several reasons why a squirrel might die in your yard.

One possibility is that the animal is suffering from a disease, such as a virus or bacteria.

Some examples of these diseases include rabies, distemper, typhus, plague, and tularemia.

Head Trauma From A Fall

Another possibility is that the squirrel has sustained head trauma from a fall.

If the animal is not killed outright, it may be injured so badly that it later dies from its injuries.

Additionally, predators such as dogs or cats may kill a squirrel.

If you have a pet that is prone to killing small animals, it’s important to keep them away from any squirrels in your yard.

Another potential cause of death is electric shock.

Squirrels are known to chew on electrical wires, which can lead to their electrocution.

Lastly, some squirrels may die from ingesting poison.

This could be intentional if you’re trying to get rid of squirrels in your yard, or accidental if the animal eats something it shouldn’t.

In any case, finding a dead squirrel in your yard can be disturbing, and it is important to take steps to remove the carcass as soon as possible.

What To Do If You Find A Dead Squirrel In Your Backyard?

No one wants to find a dead squirrel in their backyard. But it happens.

If you do find yourself in this situation, there are a few things you need to do to ensure the safety of your family and your home.

1. Keep Pets and Children Away

The first thing you need to do is keep pets and children away from the area. You don’t want them getting too close to the body and risk coming into contact with any diseases that the squirrel may have had.

2. Determine If The Squirrel is Dead or Alive

Once you’ve cordoned off the area, you need to determine if the squirrel is actually dead. If it is, proceed to step 3. If it’s still alive, call your local wildlife rehabilitation center for assistance.

3. Dispose of The Dead Body

If the squirrel is indeed dead, you’ll need to dispose of the body. The best way to do this is to double-bag it in heavy-duty garbage bags and put it in your freezer until trash day. This will prevent any diseases from spreading and keep any unwanted critters from getting into your garbage cans.

4. Call Your DEP or DEC Office

Depending on where you live, you may need to notify your state’s Department of Environmental Protection or the Department of Conservation office about the dead squirrel. This is particularly important if you live in an area where rabies is prevalent.

Once you’ve taken care of the body, you’ll need to sterilize the area where it was found. This will help prevent any diseases from spreading and keep your yard clean and safe for everyone.

Finding a dead squirrel in your backyard can be a gross and unpleasant experience. But by following these simple steps, you can safely dispose of the body and prevent any diseases from spreading.

How To Deal With The Squirrel Dead Body?

If you find a dead squirrel on your property, there are a few different ways that you can deal with the body.

One way to deal with the body is to bury it.

This takes more time and effort, as you must dig a deep enough hole, but ultimately allows for natural decomposition of the body which reduces disease risks.

Scoop Up The Body And Throw It In The Trash

Another option is to scoop the body up with a shovel and toss it in the garbage.

This is a fast and simple method to get rid of the corpse, however, it may not be the most pleasing solution aesthetically speaking.

If you want to ensure that the body is properly disposed of, you can call your local sanitation department and they will come and pick it up in a professional way.

No matter how you choose to deal with the dead body, timely disposal of is key in preventing the spreading of diseases.

Is It Illegal To Put A Dead Squirrel In The Garbage?

Although it is not illegal to dispose of a dead squirrel in most states, it is certainly inconsiderate to leave it for the garbage collector to deal with.

Additionally, most garbage collectors will not collect trash that contains animal carcasses, so you would likely end up having to dispose of the squirrel yourself.

It is usually better to avoid putting dead animals in the garbage because it is unpleasant for both you and the person who has to deal with it.

If at all possible, bury the animal or transport it to a veterinary clinic or an animal shelter, where it can be appropriately disposed of.

What Happens If You Touch A Dead Squirrel?

You may have seen them on the side of the road or in your own backyard – dead squirrels.

While it may be tempting to prod the furry creature with a stick, it’s important to know that there are risks associated with touching a dead squirrel.

One of the main dangers is the potential for contracting a disease.

Squirrels can carry a variety of diseases, including rabies and leptospirosis, which can be passed on to humans through contact with blood or other bodily fluids.

In addition, touching a dead squirrel can also put you at risk for infection, as the animal may be carrying bacteria that can cause serious illness.

So, next time you see a dead squirrel, resist the urge to touch it and call your local animal control agency instead.

They will remove the carcass safely and without putting you at risk.

How Long Does The Smell Of A Dead Squirrel Last?

The duration of a dead squirrel’s smell depends on various conditions like the size of the animal, temperature, and decomposition rate.

But generally, the bad smell will last for days or even weeks.

The bacteria present in dead animal tissue produce a bad odor that will only become stronger as the microorganisms continue to decompose the tissue.

Remember, though, that odors can linger long after the dead body is gone, so if you detect a suspicious smell it is best to open a window and ventilate the area.

How Do You Get Rid Of Dead Squirrel Smell?

If you’ve ever dealt with a decaying squirrel, you know how bad the stench can be. There are, however, certain things you may do to get rid of the smell.

Covering the site where the squirrel died with vinegar is one option.

This will help to remove scents from the environment.

Another choice is to use coffee grounds as an odor-masking agent.

The pungent aroma of coffee will help cover up the scent of death.

Deodorize the area by sprinkling baking soda over it and waiting a few hours before sweeping it up.

If home remedies don’t work, use a commercial deodorizer spray according to package instructions.

Please note that some products can be harmful to plants and animals, so take care when using them.

With a little bit of effort, you should be able to get rid of that dead squirrel smell once and for all.

Dead squirrels can be a nuisance, but they can also pose a health risk to humans.

In addition to the danger of contracting a disease, touching a dead squirrel can also lead to infection.

The smell of decomposing tissue arising from bacteria can be unpleasant and linger for weeks.

There are a few ways to get rid of the smell, including using vinegar, coffee grounds, or baking soda. If they don’t work, you can use a commercial deodorizer spray. In late spring and early summer, you may find small … 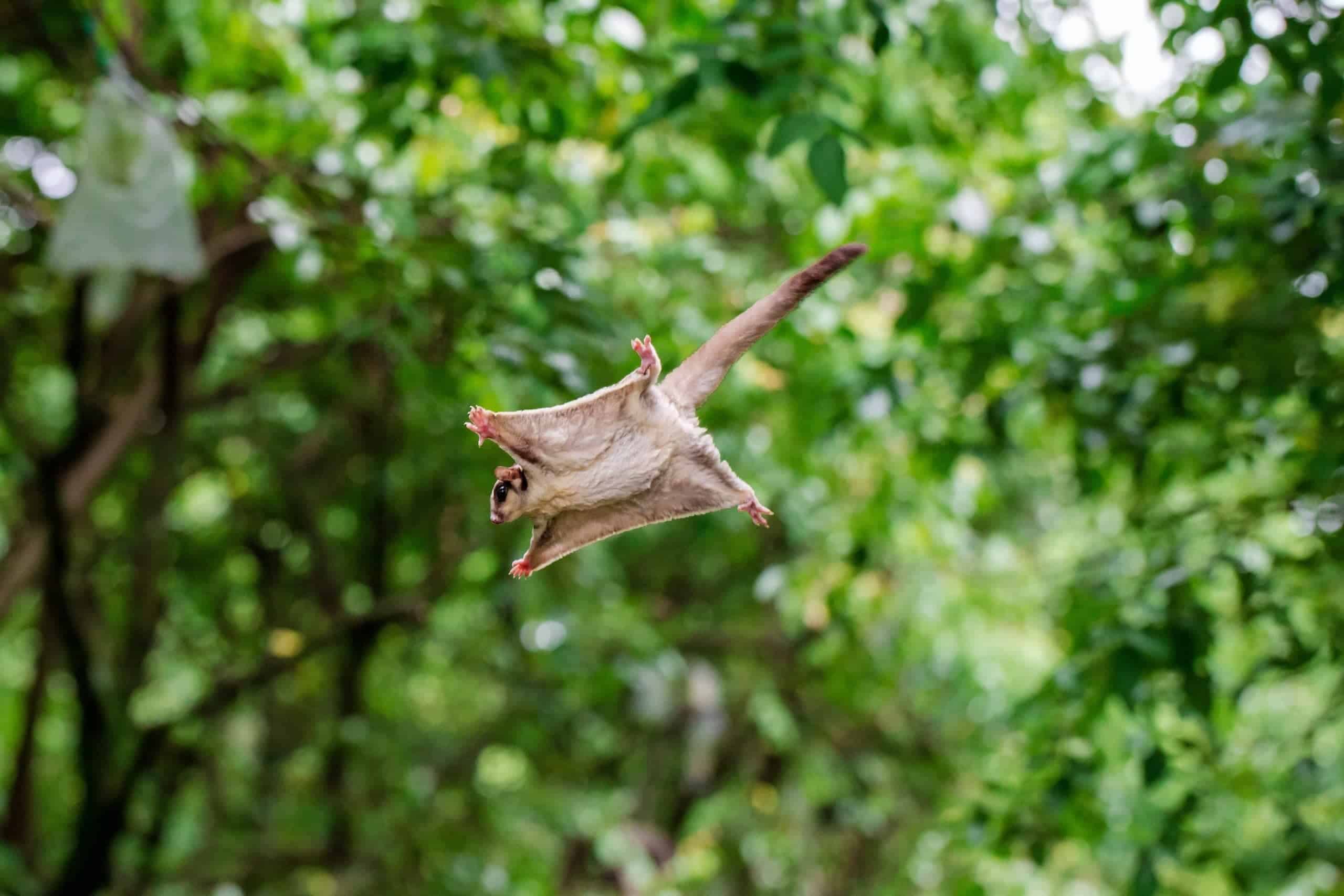 Flying squirrels are nocturnal mammals with large eyes that help …